Chris Staver — Connected to the Moon 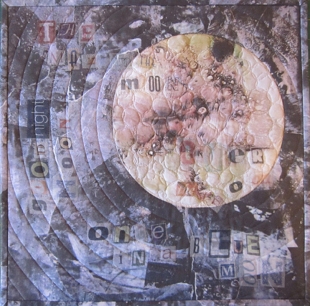 Immediately after hearing the connected theme I thought about our connection the Moon.  Without our Moon life on planet Earth probably would not exist. The moon formed billions of years ago when the Earth was hit by an object about the size of Mars. In this collision a huge chunk of the Earth was torn off and and this debris from the collision formed the Moon. The collision stabilized our axis and created the familiar tilt, seasons, and eclipses. Without the Moon our axis would swing wildly creating chaos in terms of climate which would have made it difficult for life to have developed on our planet. The Moon’s gravitational pull on our planet which most know causes the tides also slowed down the rotation rate of the Earth to the current spin of 24 hours. Initially we spun in only 10 hours. So you can see that we are very connected to the Moon and at times that connection had been rather violent.  Just ask the victims of Hurricane Sandy in 2012 what role high tides contributed to the storm surge, flooding, and destruction of that storm.

The fabric for the Moon and the sky was created in a workshop that I took last summer with Cathy Taylor called Pigments of Your Imagination. In this workshop you spray pages of National Geographic magazines with Citrasolv to get the inks to run and create interesting paper. After creating the pages we then made art from them. One of my pages had something that looked like a moon on it which I cut out.  I also had many pages that were shades of black and gray. I tore the sky papers  to make a collage with a sky and the moon. I mainly took the class to create images that I could scan and digitally print onto fabric or have printed for me. I had the image from the collage printed onto cotton fabric at Spoonflower.

The Moon is such a familiar object in our skies and we have many saying about it. I chose 4 different expressions for my quilt. I found letters from magazines, cut them out, scanned the letters, printed them onto organza, and then fused them onto the quilt. I chose organza so the letters would blend into the background more and be more subtle than if I had just printed them on regular fabric. I also want the letters so be very irregular in size and color to show our  chaotic connection to the Moon.

The quilt is completely quilted with invisible thread. I chose invisible thread to not distract from the fabric or the letters. The concentric circles around the moon represent the gravitational potential energy lines radiating out from the Moon. This shows that we are still very much gravitationally connected to the Moon. I quilted circles of different sizes onto the Moon itself to represent the craters on the Moon.