My initial plan was to just combine two different textures made out of fabric. I love the effect of shadow in folded and stitched pleats in white satin, so that was the first choice, followed by a glossy gold brown synthetic fabric , which I sewed with stippling on Magic Texture and shrunk with a hot iron. This resulted in a very nice texture.

I sewed the brown texture to the sides, but it was too empty and too much of a contrast.  Next step was a “bottom” from painted and burned polyester-vlies. I then added vases and “flowers” made of painted and shrunk tyvek (another texture) and a puff pasted window on black lutrador. The windowpanes I removed by burning.

Then “the visitor” appeared (a shape I use more often in my work). To diminish the harsh contrast I applied a gold organza over the whole piece and hand quilted it. To add even more texture I sewed tyvek flowers and flowers made out of small beads on top of the organza in the vase on the right. 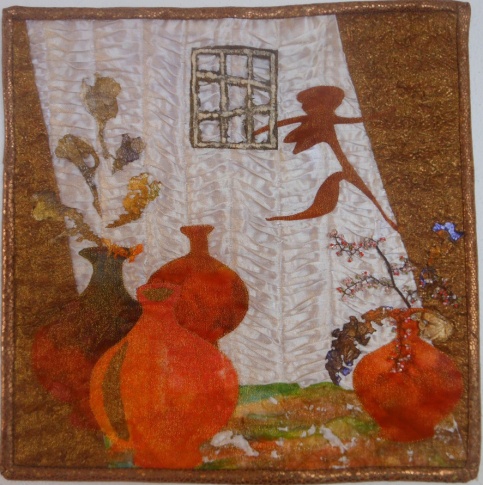 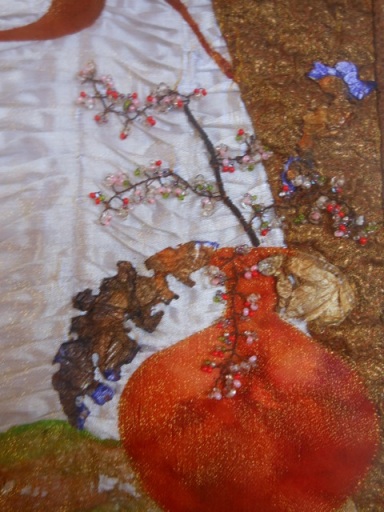