Inspiration: A visit to the island of Murano and the ‘millefiori murrina’ glass.

While in Venice a few years ago I visited Murano on a hot sunny afternoon and spent quite some time admiring and marvelling at the many shops filled with decorative glass as we wandered around the island. The millefiori murrina is made by using glass rods which are melted together, sliced and formed in to the required shape. I have worked from a photograph which I took, I hand painted the houses and then adding commercial fabrics which made me think of the glass. There were many colourful window boxes and I decided to keep the details of the windows and woodwork sketchy while adding colourful snippets of flowers.

Machine stitched except for the flower boxes which were hand stitched. The morse code letter M is also included. Framed in white like a photograph as per previous quilts in this series. 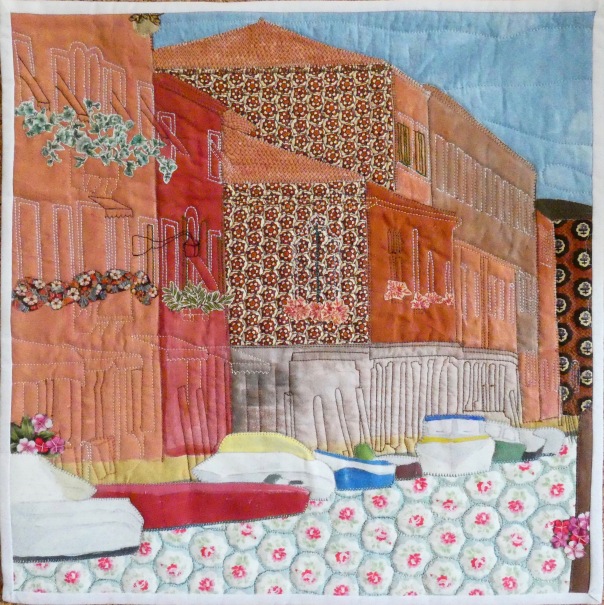