For the abstract piece I have strayed to a scenario probably away from the truth. I have kept the title because I wanted to play with the idea of catching glimpses of colour through the fence, there is still the dark side, things happening which we shouldn’t dwell upon but outside the fence there were these glimpses of colour. I should imagine that in a difficult situation, such as this, one’s mind plays tricks, the imagination takes over. Over time memories of details fade, were these colours really butterflies or were they scraps of flowers struggling to survive?

In order to try and create a real link between the pieces I have used snippets of the same fabrics and added other colours and patterns, the fence is still there in the black and white fabric but also with the machine stitch I have used to divide the sections, grey as in wire. All the fabrics are commercial fabrics from my stash although I painted some of the larger black and white flowers. I began by dividing up the fabric by stitching the divisions with white thread, I then cut and bonda-webbed the pieces where I wanted them before going back over the same lines with a fancy machine stitch which hold the edges of the appliqué but also outlines the separate areas. To keep the continuity I made the same binding as in n° 1 which was added before I added the appliqué which made making the edges straight a nightmare! 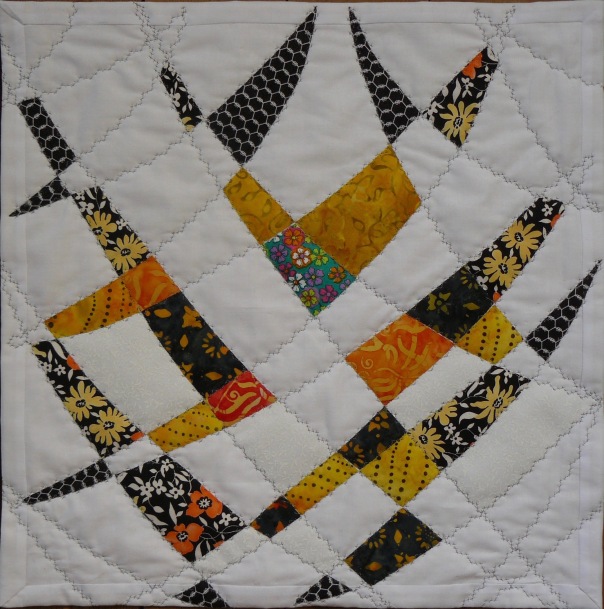 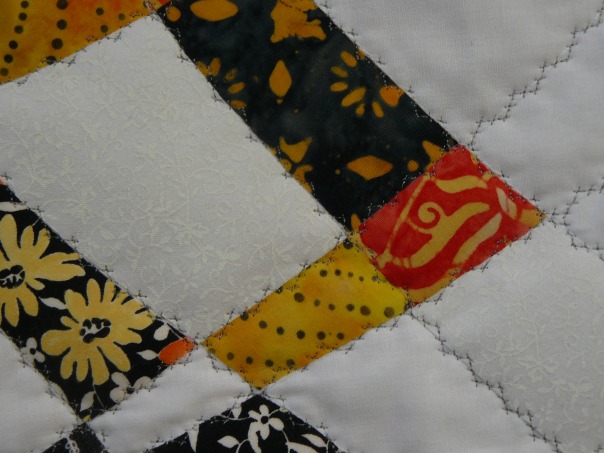