Paulette Meldrum – When East Meets West – The meeting of the seas

The meeting of the Seas

Cape Reinga – the Pacific Ocean from the East meets the Tasman Sea from the West.

Cape Reinga is the north western most tip of the Apouri Peninsular at the top of the North Island of New Zealand. According to Maori mythology, the spirits of the dead travel to Cape Reinga on their journey to the afterlife and leap off the headland to descend to the underworld to return to their traditional homeland of Hawaiki using Te Ara Wairua, the “Spirits Pathway”.

Hand painted from a photo taken at Cape Reinga. The seas at this meeting point can be extremely turbulent and hazardous to small boats.

Paints used were Setacolour transparent and opaque, and acrylic paints were used for the sky. The area of the Tasman Sea had several coats of transparent paint in turquoise and blue to give the layers of the water colour with the addition of dark blue opaque to create depth. A commercial fabric was used for the rocky outcrop and plants were added in thread before completing the machine quilting and adding acrylic white for the foam on the waves and shoreline. 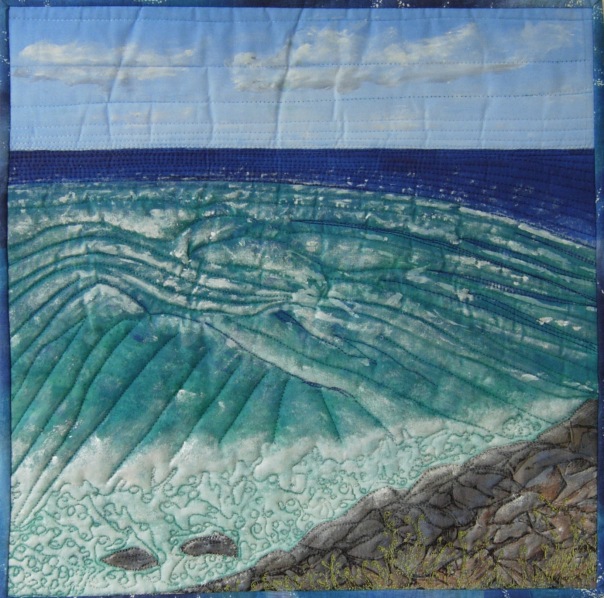 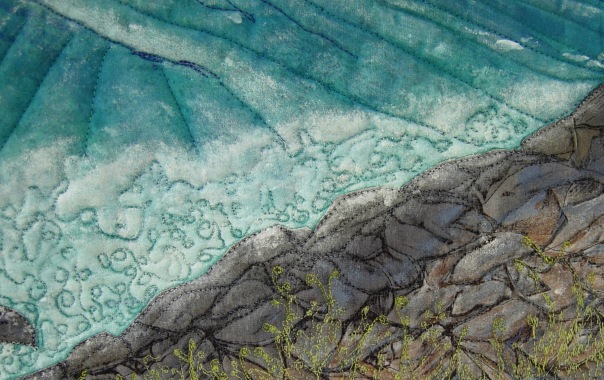