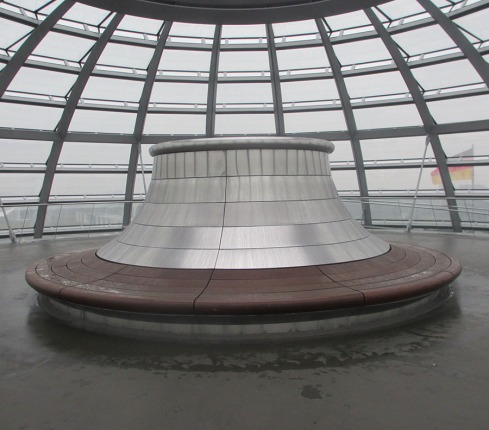 The Reichstag was located in West Berlin, almost adjacent to the Berlin Wall.  The original dome had to be demolished in 1954. The building was partially restored in the late 1950’s/early 1960’s and was used for parliamentary committee meetings and exhibitions.  Following reunification, a vote was taken and it was decided that the Bundestag would return to Berlin.  The Reichstag building required major renovations and modernization. British architect, Lord Norman Foster was hired to perform this work.  His original design did not include a dome, but the Bundestag asked him to revise the roof design. He recreated the concept of a glass dome on the roof, using it as an environmentally friendly feature.  The dome lets daylight into the plenary chamber, as well as providing natural ventilation.  The light and ventilation are managed with louvered glass windows and a mirror system built into the dome. The top of the dome is open to the elements, and a spiraling walkway allows visitors to gradually ascend to the top of the dome while enjoying 360 degree vistas of Berlin.  The Bundestag returned to Berlin in 1999.

I visited the Reichstag in October 2015, on a grey, windy, rainy day.  The rain came into the dome, creating a glistening floor.  The photograph which we took illustrates the graphic nature of the dome.  The windows were replicated using Caryl Bryer Fallert Gentry’s applipiecing technique. The vertical steel beams were stenciled onto the background using Tsukineko ink.  The central element which enables visitors to see the plenary chamber was isolated and printed onto silk organza. 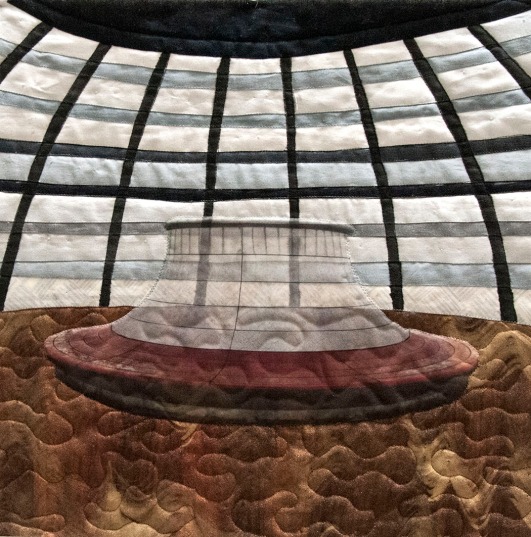 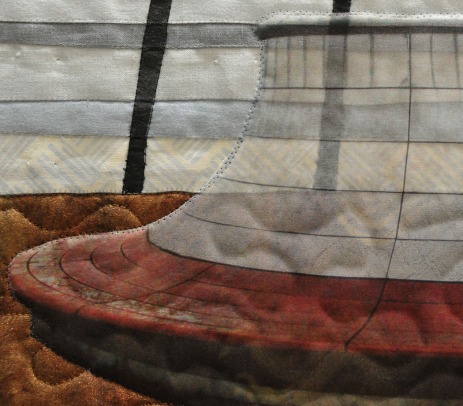