Inspiration: Russian architecture was the inspiration for this piece.

I have decided to work the letter theme in a series as if each letter subject were a snapshot of placesI have visited, they will have the common theme running through them of having the prescribed letter included in morse code. Many of the houses in Suzdal had elaborately carved window surrounds and were colourful. There were plenty of domes and elegant buildings. Here I have combined two views making an inside out, or outside in, image. I really like the idea of having two layers of interest.

The centre piece is machine stitched and then coloured with some commercial fabric for the trees, I have chosen only to stick the ‘trees’ because I thought stitching them would make them too much of a focal point. The front, the window surround was then painted, the brown was appliquéd and the white detail stencilled. I have tried to see to the true colours because they were so striking. Above the window I have written Suzdal in the two languages, Russian and English. The letter S in morse code has been added under the window . The piece is bound in white as if it were a photograph. 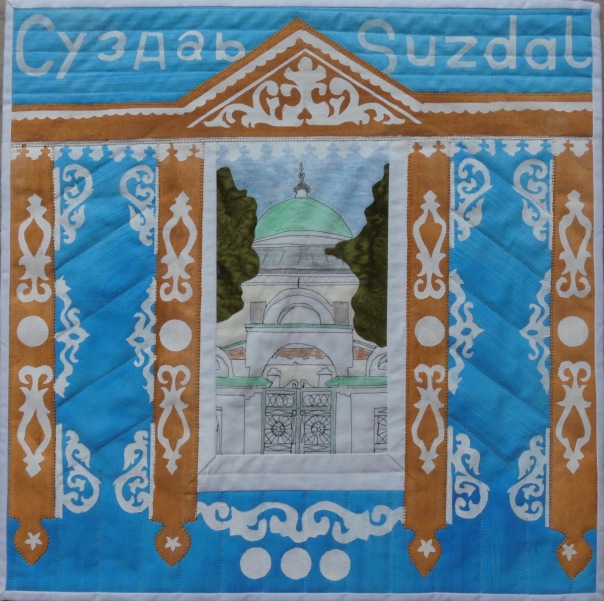